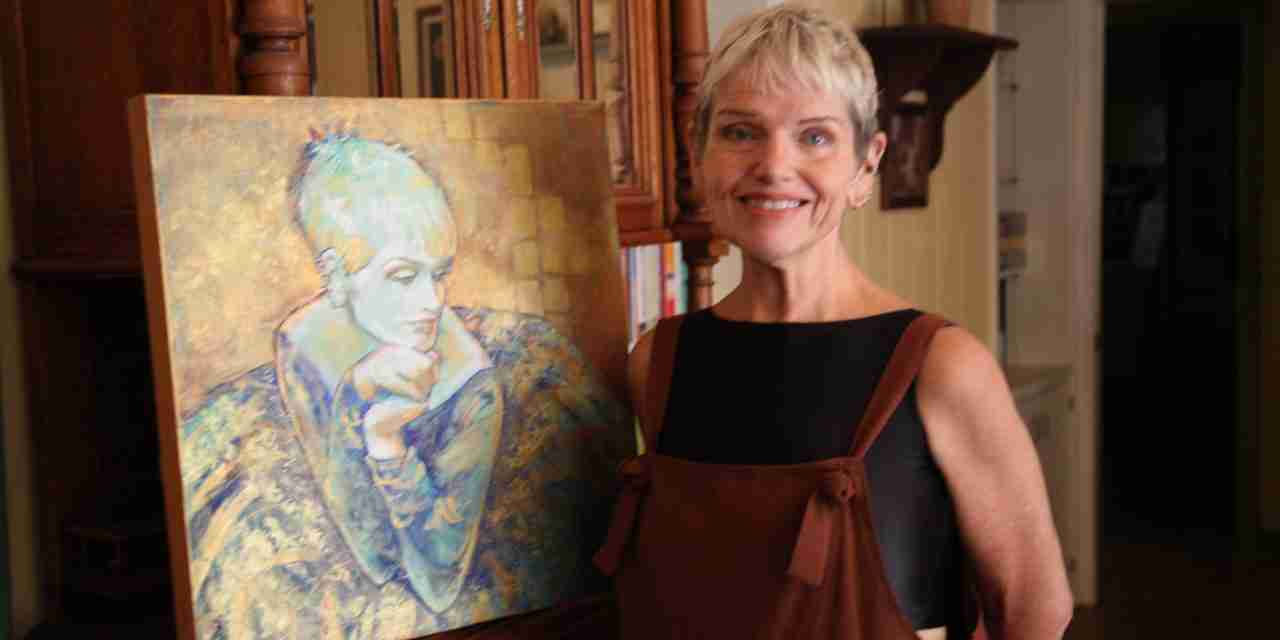 Renee Coughlan’s weight loss journey didn’t end with losing a total of 256 lbs.  It would continue for years, as she battled the excess skin that the weight loss left behind.  Not just a little skin, but a lot.  So much that it hindered what she could wear and sometimes what she could do.

In 2002 at age 49, Coughlan had gastric bypass after a lifetime struggle with her weight.   At her highest weight, she was 406 lbs.  Her weight had put significant stress on her heart to the point where she had to have a quadruple bypass, and the complications after that heart surgery had also been a direct result of her weight.

“Really when it came down to it, it wasn’t vanity, it was health,” Coughlan said of her decision to have the gastric bypass.  She said could see her future, and it looked bleak if she didn’t do something about it.

She kept the weight off for years, but after a while she gradually put back on some weight and chose to use a hypnotherapist and follow the Keto diet to lose the weight. But the massive gains and losses took a toll on her skin, leaving it severely loose and wrinkled.  Despite such a weight loss achievement, her skin’s appearance hurt how she felt about herself.

She’d watched reality shows like “My 600 Lb. Life” and “Skin Tight” on TLC about weight loss and skin-tightening surgery, because they inspired her, but dismissed the idea of going on any kind of show because she didn’t feel she could expose herself like that. However, insurance wouldn’t cover the skin tightening surgery that she would need.

Eventually, her boyfriend Phil talked her into it, she said.  “He said apply for the show, see what happens.”  After all, the cost of the surgery would be covered by the show and she couldn’t afford it on her own.

“I said, well, okay, but I’m not going to tell anyone about it.  I didn’t want anybody watching it or anything!” Coughlan laughed.  She called the show and told them her story, and soon they set up a Skype interview with her, which happened on the day Hurricane Harvey hit.

Because of Harvey, the show’s producers were delayed in getting back to her.  Most of the medical scenes on the show are filmed in Houston.  When the show raised concerns about her wanting the surgery at age 64, Coughlan responded, “I feel like my life started at fifty, because that was around when I had the gastric bypass surgery.”  If selected, she would be the oldest person to have the procedure on the show.

Despite multiple delays, she was finally told she would be accepted on the show.  However, she still worried about exposing herself so much.  She didn’t post on Facebook or tell anyone what she was doing save for a few close friends.  “Then people started telling me how inspired they were,” Coughlan said, and she started sharing her story.  Her friends and her two daughters were incredibly supportive of her decision to be on the show.

A plastic surgeon named Dr. LoMonaco out of Houston would be performing her body contouring surgery – surgically removing the excess skin from her arms and stomach only, for now.  It was supposed to take place before Christmas 2017, but due to Harvey, was delayed until February 2018.

Up to and after Coughlan’s procedure, a small television crew came to her home in Orange and began filming her, recording her thoughts on her weight struggles and the surgery, filming her at work, and as she lived her day to day life.    At her house, the crew set up in her bedroom because the lighting was best.  They filmed her creating her art – she paints amazing portraits and creates fashion doll makeovers.  The crew filmed Phil driving her to the doctor, the doctor’s visits and even the surgery itself.

At one point, filming her “before” moments, Coughlan had to stand in front of a white screen for three hours, only to have just a small portion of that footage used.

Despite the intrusion into her privacy, she said she became comfortable due to the sensitivity of the crew.

“I said, I’d better get comfortable with this pretty fast, it’s going to be on TV.”

After the surgery, Dr. LoMonaco showed her skin they’d removed – 7 pounds’ worth.  Still in recovery and under anesthesia, Coughlan didn’t remember it, but had to ask her boyfriend Phil, finally seeing it for herself when the show aired on May 8th.

Three months after the surgery, she has scars on her arms and a 360-degree scar encircling her abdomen from the surgery, but she considers them minimal and said recovery has not been too bad, except swelling in her arms that disappeared after a month.   It could take six months up to a year for her swollen stomach to go down. Her incisions are pretty much healed.  She is scheduled for the second surgery on her chest and thighs in July, which will not be filmed, but will still be paid for by “Skin Tight”.

“I didn’t think this would ever happen, having surgery to my skin.”  Coughlan said, noting that –  so far -she hasn’t had to pay for anything out of pocket.

“Having my arms done has been the most freeing.  To be able to wear something like this – sleeveless –  is unbelievable.  I can buy different clothes now.”

She said she had lived in this skin her entire life and always felt like there was another person inside needing to get out.

And just as she said on the show, “I’ve been waiting 64 years to feel at home in my body and I know it’s only going to get better from here.” 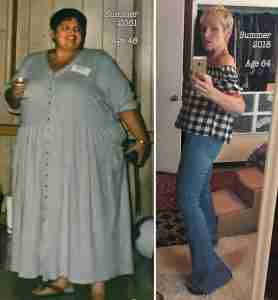 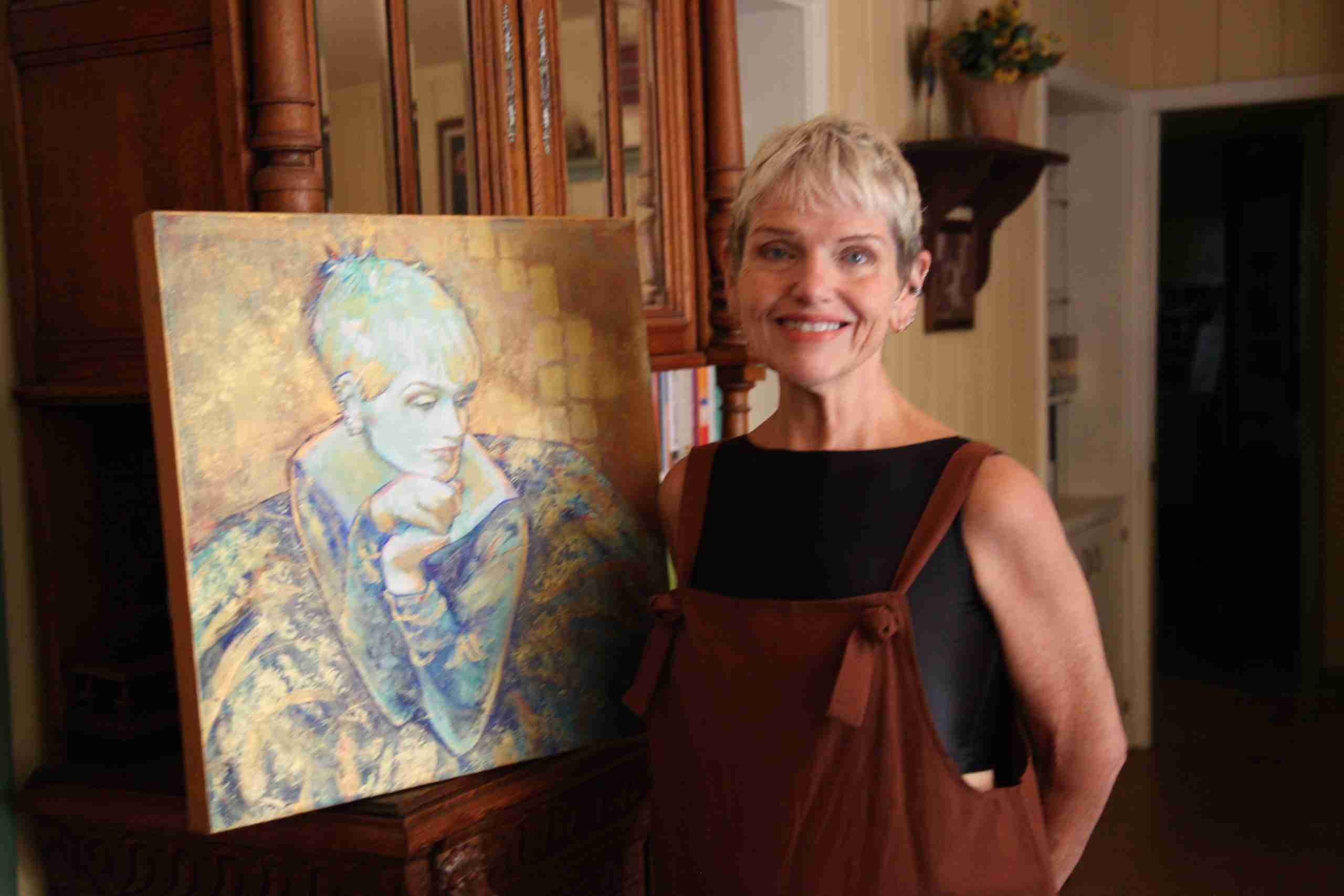 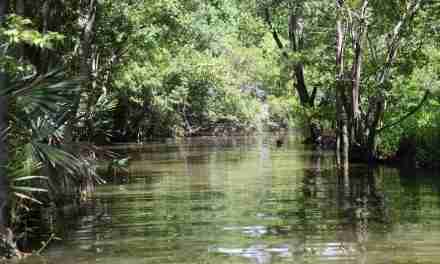 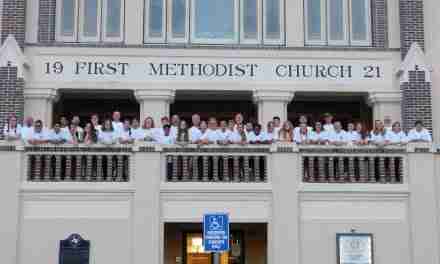 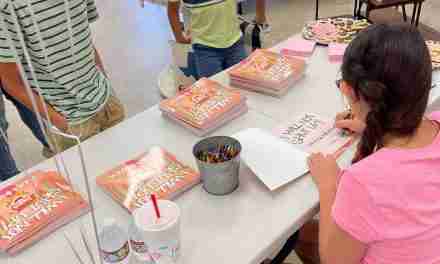 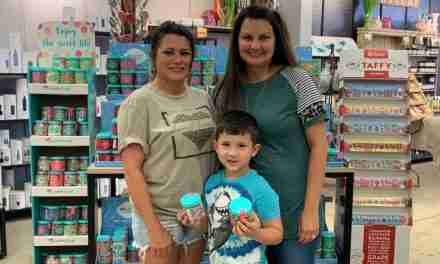